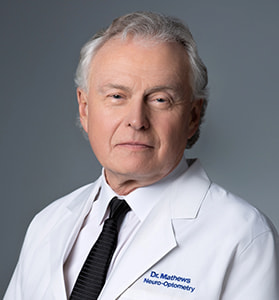 Dr. Mathews is an adjunct professor at the Southern College of Optometry in Memphis and a member of the Optometric Glaucoma Society.

Dr. Mathews has lectured extensively worldwide and has had numerous articles and studies published in eye literature. His primary areas of interest are diseases of the eye with an emphasis on medical glaucoma and neuro-optometry.

Eye Specialty Group is an ophthalmology practice located in Tennessee and north Mississippi, focusing on LASIK eye surgery, laser cataract surgery, eyelid surgery and more. The material contained on this site is for informational purposes only and is not intended to be a substitute for professional medical advice, diagnosis, or treatment. ©2022 Eye Specialty Group. All rights reserved. Designed by Glacial Multimedia